Lady Alvariel has given another way for Doomlords and ladies to show their strengths in a series of monthly challenges, set straight after the championship ends. All players can enter, and they compete against everyone in their respective worlds.

There is no sign up like with the championship so players may win it by chance, but this is unlikely as those that win them aim for them in particular. Players are automatically entered into all categories, it is non-exclusive.

The rewards are desirable, being especially handy if you need new pets.

Even if you have pet training 1, the full bonus will be included. 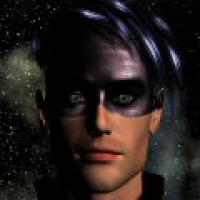