Every now and again, the misc button will light up and doomlords and ladies suddenly think all their Christmases have come at once!

These events are designed to be beneficial to players who participate, offering rewards such as unique relics, medals, attribute bonuses, skill boosts, curing infections and so on.

Yes, the infamous Zarknod. I don't know how much this giant monster drank the night before, but it took 14 million Used SE to wake up on server 2 (I reckon that's the equivalent of about 800 cups of coffee?) 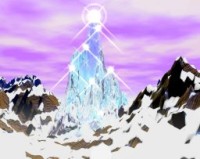 There are strange changes in the air. Somehow, the air is denser, the sun is darker and the wind blows with solemn swirls. Plants everywhere are withering and despite the frequent rains, the soil is dry. The soul-huckster's are afraid to venture too far out... Your horde leader is worried that something might be wrong. You know these occurances are from the legendary creature from your dreams- if it does not wake soon, things will get worse.

This task requires doomlords from all hordes to unite and to channel their soul-energy through ancient manapylons scattered all over the world. These pylons can transfer the energy across unimaginable distances to the source of the beast. 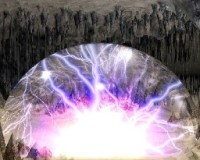 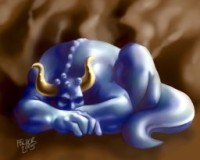 The manapylons now directly generate the energy into Zarknod's stiff body! His circulation slowly returns as you channel even more soul-energy into his deep slumber. Now, the hordes are competing with each other to gain the best reward. 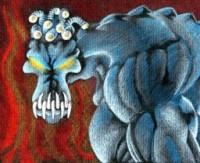 As a result of the doomlords teamwork, you could finally awaken the mightiest creature of the ancient times, Zarknod! Dracolders are the descendants of dragons and other powerful creatures. The greatest of them is Zarknod, who alone is able to stop time and control the universe. Now that you have awakened him, the anomalies caused by his bad dreams ended. The great lord is satisfied to see that the Enemy fled the planet, but he is saddened by the destruction. Maybe you can ask for his help... Well, at least the mighties of your race (see Legends). Zarknod's arrival brought the world a kind of cleansing, which reward those most who participated in then the event.

Because of the nature of the ancient magic surrounding the manapylon, certain creatures are attracted to it- to the point where they will fight off any one wanting to use it. These sentinels include:

Locating the pylons is a challenge in itself, so it requires 2 action points. When at the manapylon, you must use a minimum of Your Level*50 for the transfer to be a success but the more soul-energy you transfer at a time, the more likely you are to win a battle (in my experience, someone please confirm this).

The chance of receiving a relic varies massively between players. Luck could have something to do with it, I'm not entirely sure. I got my first relic on my 53rd fight, but I know others which didn't get their until the 100th...

These are some actual examples of results from players. Unfortunately, not all the info is there on some (attributes before and after) so it's a bit hit and miss. What has been stated a lot in the main forum is that your level progression is the single most important factor which determines your profit from this event.